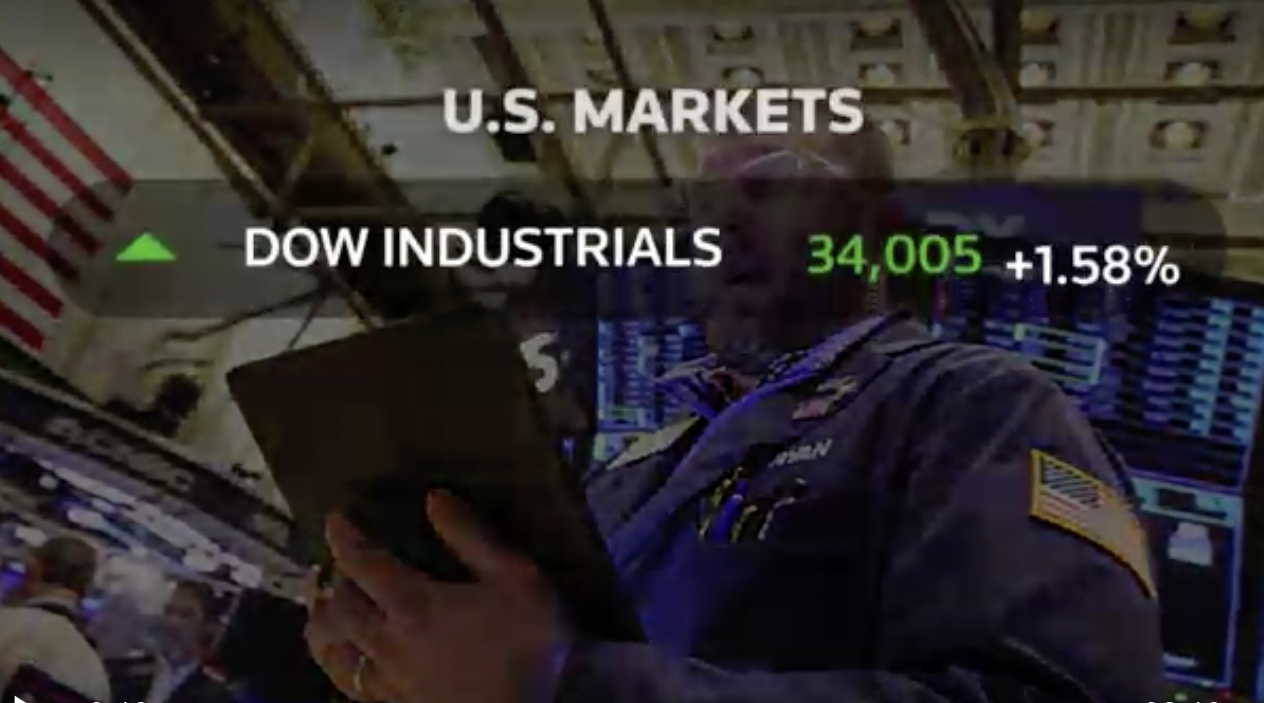 In: News
Print Email
Wall Street rallied to kick off the trading week on Monday, lifted in part by gains in Microsoft and Pfizer, as investors girded for inflation data on Tuesday and a policy announcement from the Federal Reserve later in the week. This report produced by Chris Dignam.

U.S. stocks rallied on Monday as investors prepared for the all-important consumer price index report on Tuesday and a policy announcement from the Federal Reserve later in the week.

U.S. inflation data due on Tuesday is expected to show consumer prices increased by 7.3% in November on an annual basis, down from the 7.7% rise in the previous month.

Scott Wren, senior market strategist at the Wells Fargo Investment Institute, said whether it’s on Tuesday or in the coming months, positive news on the inflation front is coming.

“For us, I mean, we do think we’re going to see some positive news coming. Now, whether that’s just tomorrow or over the course of the next few months, you know, I’m not quite sure. But, certainly, between now and the next 12 months, we’re expecting a lot of good news on inflation. But people are just nervous. You know, really the way the market has been trading is it’s reacting to the number of the day. If there’s something related to inflation and the number comes in a little bit higher than expected, the market’s probably going to sell off. If it’s a little lower than expected, the market’s going to rally. We could get a report the next day and just the opposite happens. So, I think it’s a day-to-day kind of thing right now with this economic data. But, certainly, the CPI number is huge tomorrow.”

The three major indexes got a lift in part by Microsoft, shares of which rose following the tech giant’s deal to buy a 4% stake in the London Stock Exchange.

Some M&A activity boosted a number of stocks on Monday including biotech firm Horizon Therapeutics, which received a buyout offer from Amgen.

Shares of Coupa Software soared after agreeing to sell itself to private equity firm Thoma Bravo.

But shares of Rivian Automotive lost ground after the company paused its partnership discussions with Mercedes-Benz Vans on electric van production in Europe.