Home News Santas Run For Charity At Event In Budapest 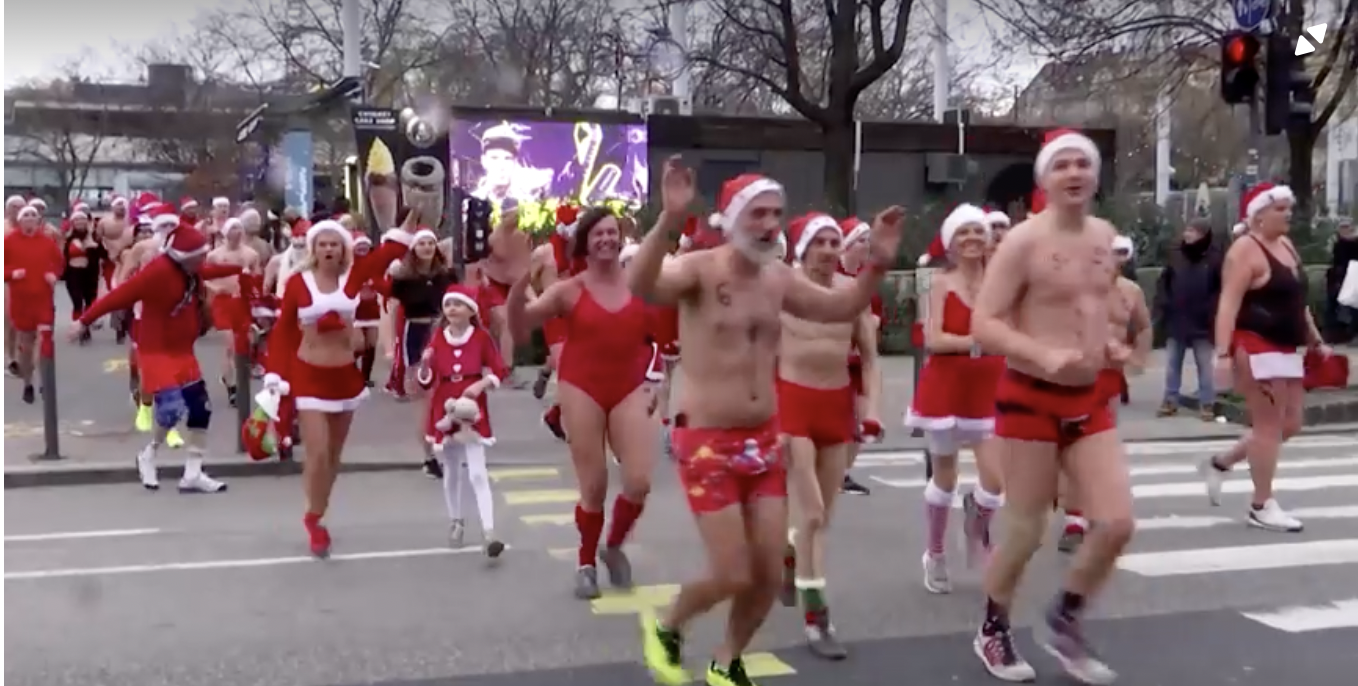 Santas Run For Charity At Event In Budapest

Braving the cold temperatures of just above freezing point more than around forty people stripped off to red swimsuits and Santa hats for the 19th Budapest Naked Santa Run on Sunday (December 11).

Participants ran cheering and shouting ‘ho-ho-ho’ across the city centre streets, much to the surprise of locals and tourists.

Moving, cheering, singing and being happy gave the runners energy to bear the cold, the runners said.

Every year the organisers of the half-naked Santa Run donate their participation fees to a children charity organisation. This year they are donating to the foundation called “Pici remenysugar” (“Tiny ray of hope”) which supports families raising severely premature babies with disabilities.

The idea of the half-naked Santa Run originates from Boston in the U.S., and while it has spread to several other U.S. cities, organisers say the Budapest event is modified by the addition of stops for exercise, dancing and singing.