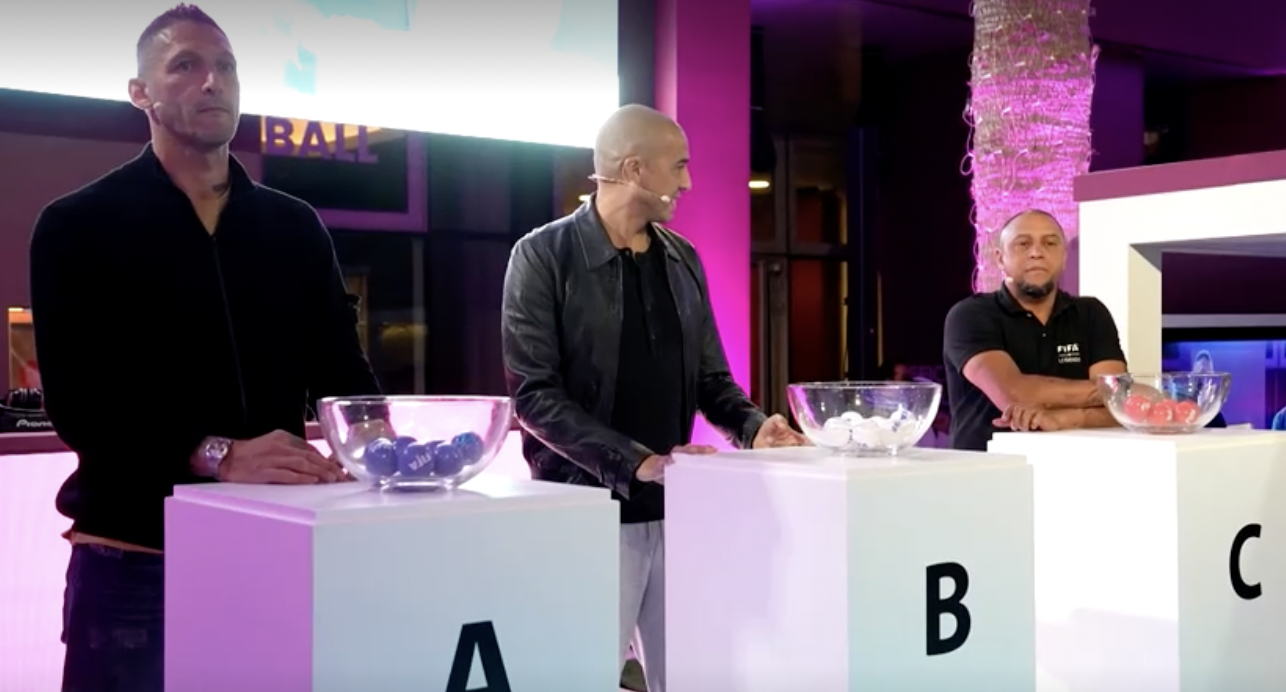 FIFA President Gianni Infantino was on hand with a several FIFA legends for the draw of the FIFA Legends Cup which will be hosted in Qatar in the week leading up to the final of the World Cup.

FIFA legends Roberto Carlos, David Trezeguet and Marco Materazzi performed the draw in front of a crowd of VIPs and other legends.

Divided by their regions, eight teams made up of more than 100 legends will compete in the Legends Cup in Doha on December 15 and 16, ahead of the World Cup final in the Lusail Stadium on December 18.

In the World Cup semi-finals, Croatia face Argentina on Tuesday, before Morocco play France on Wednesday.